LUKE AND KEIRA'S STORY: BONDS OF A UNITED FAMILY 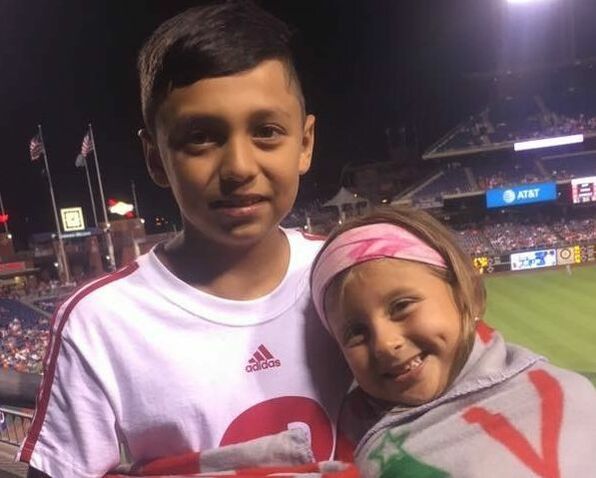 When Luke was a toddler, he liked to read picture books about adoption. “He’s always been an old soul, and he asks a lot of good questions” said his mom, Denise. Luke especially liked to hear his mom remind him of how many people loved him. Denise would tell him how she and his dad, John, loved him, and how his birthmom, Carolann, loved him too, even though she wasn’t able to take care of him.

When Luke was a baby, Carolann chose Denise and John to become his parents. Carolann knew she wanted stay connected with Luke, so she made an open adoption plan for him through Bethany Christian Services. Luke was adopted in April 2008.

Almost exactly two years later, Luke got to welcome his baby sister home. Keira was adopted in April 2010 through Bethany. Keira was born with significant medical needs and had to have kidney surgery at eight months old. Denise and John kept Keira’s birth mom, Kimmie, updated, letting her know how Keira’s recovery was going. As the months passed, Keira continued to heal, growing stronger. She reached milestones and blossomed into an energetic and resilient little toddler. She was becoming a little fighter.

Over the next few years, Luke and Keira had regular visits with their birth moms – celebrating Christmas and some birthdays together. “They’ve always known that they were wanted and loved,” said Denise. Luke’s birthmom, Carolann, would often bring Luke’s biological brother too. “She wanted them to be friends – to be brothers, so she pushed aside her feelings and made it about the boys,” said Denise.
​
They all grew closer. But, shortly after Luke turned six years old, Carolann passed away suddenly. Luke was filled with grief. Overwhelmed, Denise called her adoption specialist at Bethany. The specialist helped Denise think through how to comfort her son, providing counsel and encouragement. “She was so very helpful,” said Denise.

“It’s been a rocky road,” said Denise, “but we’re thankful that he had that time with her.” As his parents helped him navigate his grief, Luke became even more thoughtful. He started noticing other kids who were having a hard time. “He’s always looking out for other people,” said Denise, “I think that’s one of his best traits.”

Last year in school, there was a problem on the playground. The principle called Denise to let her know that Luke had gotten into a bit of trouble with a bully. But, the principle added, he was actually proud of Luke – because Luke had been standing up for someone who was being picked on.

Keira has also made an impression at her school. She’s an outgoing and artsy kid. When Denise and John saw Keira’s creative projects spread all over the house, John laughed and reminded Denise that Keira’s teacher had told them Keira was becoming a little artist.

Keira approaches life with the same determination she showed as a baby. “She’s a tough little girl,” said Denise. Being an independent kid, Keira doesn’t always appreciate it when her big brother tries to watch over her. But, they have a great friendship, and really enjoy playing together.

Keira and Luke also have a tradition of joining their mom and dad at Bethany’s Walk and 5K Run every year. Denise said, “I want to show them that there are other kids in the world that need our help.” Denise has done just that. Luke and Keira love helping with the activities at the event and look forward to seeing old friends there. With his empathetic spirit, and her creative energy, Luke and Keira are already making a difference in the lives of other kids.
Powered by