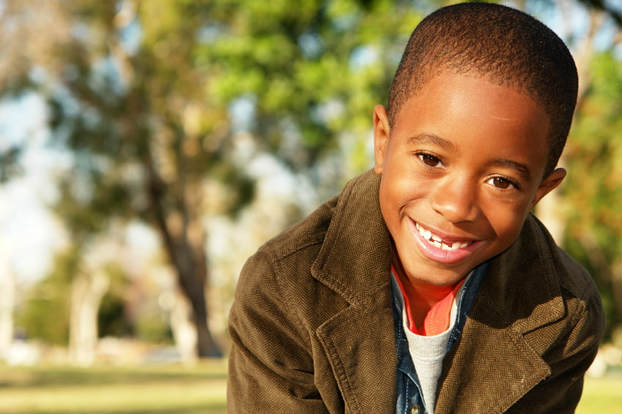 Overwhelmed by the smallest things, days often began with Sam* bursting into tears. Sam would consistently resist direction and would go kicking and screaming out the door to pre-school. “He would be all tears, and I would too,” said his mom, Ava.

Two years earlier, their little Sam, who joined their family as an infant through adoption with Bethany, used to reach up to their faces with a sweet spontaneous kiss. Though he had prenatal drug exposure, he seemed to bond with them in the most natural and affectionate way. He was a happy and social baby.

But, when Sam was about eighteen months old, Ava and her husband, Ethan, started to notice that he was struggling. “He became less comfortable in crowds, much more emotional, more anxious,” said Ava. As he grew older, Ava and Ethan responded with traditional parenting, disciplining him with methods like “time out” when he didn’t obey. They watched their efforts to teach Sam backfire time after time.

By three-and-a-half-years-old, Sam had become withdrawn and angry. “I didn’t have any strategies; I didn’t know how to approach him. It was like we were walking on eggshells,” said Ava.

“Preschool tipped him over the edge,” said Ava. “He did well when he was there, but then stuff at home exploded. The more that was expected of him, the more the wires started to short.” Little Sam sunk deeper into shame, anxiety, and anger.
Exhausted by their inability to slow Sam’s downward spiral, Ava started to blame herself. “Ethan and I looked at each other and said, we can’t do this anymore. We can’t do this alone.” Their friends, who were biological parents, were committed to traditional parenting, but Ava and Ethan knew that Sam needed something different.

They called their social worker at Bethany Christian Services, who urged them to attend the Empowered to Connect Conference. Ava cried the entire conference, overwhelmed by the hope presented there. It was freeing to sit and just listen to others who understood.
Their hope grew as they met with their Bethany Post Adoption Services social worker. “For the first time ever, my husband and I were validated. We knew something was wrong, but no one could tell us what it was. I finally felt freedom to call Sam’s trauma what it was and start getting help for my kids,” said Ava.

Their social worker guided them toward Trust Based Relational Intervention (TBRI), a parenting model that empowers parents to connect with their children and shape them in a nurturing way instead of simply correcting them.
As Ava and Ethan were equipped to nurture and guide Sam rather than just discipline him, they began to see him emerge from his shame, becoming less withdrawn.

Supported by a nurturing environment, Sam is beginning to discover his interests. Previously, his intense anxiety prevented him from even signing his grandparents’ birthday cards. He would have a meltdown, feeling put on the spot and overwhelmed. Ava said, “I saw the perfectionist in him saying, ‘I can’t do it if it’s not going to be perfect.’ But we’re learning together as a family that it’s okay to make mistakes.” Today, Sam has started drawing and enjoys making art.

Sam is starting to find peace. Ava said that he’s learning that “no one is going to abandon him, and no one is going to leave him just because he did the wrong thing." She said, "I’m getting my true boy back, not the fight or flight, angry, shame-filled child that he had become."

The morning of the last day of pre-school was quite different from the painful mornings of earlier that year. When it came to say goodbye for the morning, Sam was still sad, and didn’t want her to leave, but he wasn’t upset. “He gave me a kiss and said, ‘I love you,’” said Ava, “I wasn’t fighting, and he wasn’t feeling ashamed, and the rest of the day just fell in line, like a good domino effect.”